Last month it was my pleasure to introduce you to close up photography equipment being, extension tubes and close up filters. This month, I would like to continue this discussion making reference to additional gear that will enable you to record close up imagery but at an elevated rate.

The items I would like to introduce you to are three lenses being the 50mm, 100mm and finally, a 50mm macro/tilt shift lens. All of these lenses are macro in design. I made reference to a 50mm macro shift lens however, there are even wider lenses being a 17mm shift. I selected a 50mm shift lens simply to address the characteristics of the lenses design on your behalf. 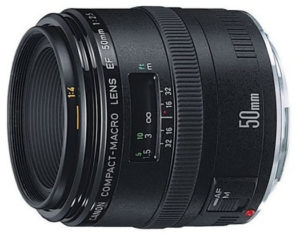 For people wishing to produce imagery with excellent optical quality, the line up of macro lenses available today are superb. In many people’s opinion, lenses from brand name manufactures in particular, would equal or in some cases, surpass the high quality standards of their regular lens line up due to the fact that macro lenses are specialized in design.

From our previous discussion regarding close up filters which often produce an inherent softness on the edges/perimeter of your image, macro lenses do not suffer from this characteristic. They are edge to edge sharp in design providing photographs/enlargements of superior image quality.

*A macro lens is a product that has the ability to focus from infinity to 1:1 magnification, meaning the size of the image in real life is the same size as it is reproduced on your image sensor or ground glass/viewing system of your camera. 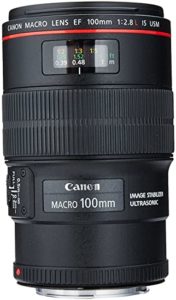 There are generally two popular “macro lenses” for you to make your selection from being the 50 or 100mm lens. The main difference between these two lenses is that you can double your distance from an object when using the 100 as opposed to the 50mm one. The 100mm lens is one I would recommend. I have found over many years that occasionally it can be awkward trying to place my tripod within the proximity of a specific object I wish to record when using a 50mm macro. The additional distance which the 100mm lens affords provides me with more “real estate” surrounding the object and has at times made a significant difference in how my final image appeared. With all things considered, macro lenses ranging in focal length from 90mm-105mm depending upon the manufacturer are common. They are not overly heavy but manageable in size and have a very convenient minimum focusing distance of 30cm or 11 inches. 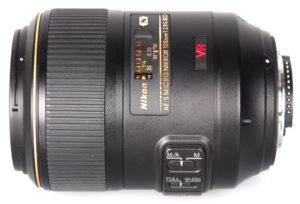 The macro lenses manufactured years ago without automation should not be discarded when using newer camera systems of today. The majority of current camera systems permit “manual focusing”  which most of these previous generation lenses are. As far as metering with older style lenses, this presents very little effort on your behalf to make correct exposures based upon the guidance of your cameras light meter. I own a professional Nikon digital camera and have had no difficulty operating my manual macro lens with it, which was purchased well over 20 years ago. Simply following the light meters instructions regarding over, under, or correct exposure will create a most satisfactory digital file or film image should you elect to use that medium.

On a side note: I have often been asked over several years what product I use to produce landscape/nature imagery, and my answer is a film camera. There have been extensive debates as to which system people prefer being film or digital. It comes down to many factors but in the end it would be the way the final imagery appears. You either favour the “look” of film photography or that of a digital product. There are differences between the two of them. For me, I always purchase professional transparency/slide films to produce this type of work.

*Being a resident of Ottawa, a camera store in town that regularly stocks an impressive array of films is “Galaxy Camera” located at 525 Bank St.-(Corner of Bank & Catherine St.)

To further expand the close focusing ability of a macro lens, you can initially place an extension tube on the body of your camera followed by the macro lens. This will enable you to get even closer to your subject matter providing more opportunities. Focusing becomes very critical when adding extension tubes in succession regardless of which lens your using. Focusing becomes very “shallow” and the slightest movement will throw your image out of focus if not careful. The solution to this problem is to use a tripod at all times for this particular style of image creation. The only thing that has thrown some of my macro images out of focus has been the wind blowing tiny, delicate flowers at the very moment the shutter is depressed. Otherwise, you should have no difficulty producing razor sharp imagery under favourable conditions.

I would like to provide you with a listing and prices of Canon brand name macro lenses at this point. Check other companies as well such as Nikon for comparison.

Like all lenses, particularly those listed as used on retail sites such as Ebay, the prices will vary considerably from seller to seller. I have found that prices range from the $400. (used) to over $2900. (new) for one of these macro lenses depending upon it’s condition and the person selling it. The $2900. figure is from an American camera store so the difference on the dollar plus additional shipping costs must be factored into this price as well.

*The prices below are quoted in Canadian and American dollars in May 2022. 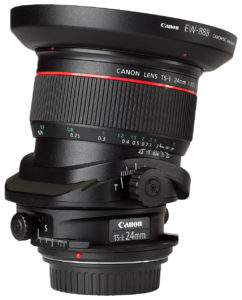 -This lens is most likely not going to be purchased by many photographers however it’s characteristics are quite remarkable.

This is a lens having the ability to correct converging lines in imagery that appear to be inappropriate to the design of your photograph. For example; should you find yourself standing at street level and looking upwards at a tall building and record the image as it appears, the final resulting picture will appear to make the building look like it is leaning backwards. This is a normal effect that virtually all lenses create but having access to a shift lens, will fully correct any vertical line distortion, and will reinstate them into their correct perspective. If you are a person who utilizes the tools of Adobes retouching program, it contains perspective controls that can be used in post production work as opposed to recording the image properly at time of exposure.

I would think that photographers which are more purists, who truly wish to put a lot of thought into their image creation would seek out a lens of this quality/ability. For that intention, I commend their actions since a large amount of people unfortunately do not invest the necessary time up front in orchestrating well designed imagery. Should you decide to purchase one of these lenses, look for a product that has a very good wide angle view incorporated into it’s design such as a 24mm shift lens. Lenses that are “less wide angle” will frequently not cover enough of your viewing area at times and lenses that are wider such as a 17mm might distort your image rather excessively for your liking. Shift lenses also include a scale on the lens barrel marked off in lines providing you with a reference point as to what degree of shift you have introduced into your photograph. This is a good reference point particularly if you decide to produce a series of very similar corrected images. 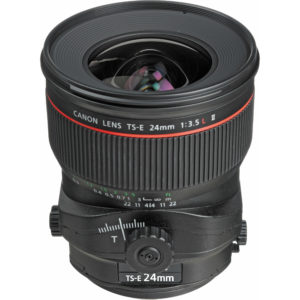 Due to the fact that these lenses are fairly expensive, subsidiary companies such as Rokr have produced adapters to approximate the operation of the shift lens. These adapters, very similar to extension tubes, would be mounted first on your camera body followed by a lens. Generally speaking, wide angle lenses would produce the most dynamic effects particularly when photographing architecture, however standard lenses have also been used. These adapters are ranging from roughly $400-$600 Canadian dollars at the time of this writing. You would have to do the math at this point and determine how much a used or new lens would run you, for price comparisons. Should you find that you are going to create a very large body of photographs requiring lens correction over many years, then my recommendation would be for you to purchase a shift lens. You will very quickly become attached to this lenses “creative seeing”. 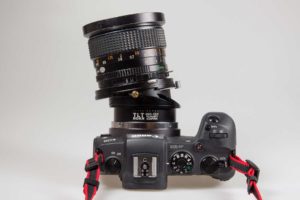 *I have included a picture of a camera above with a shift adapter attached to it plus a couple of images describing the “before and after effects” of imagery so you may be able to relate to the appearance of it better. Depending upon the quantity of shift employed, many people believe the mounting system attached to their lens is damaged when viewing it while attached to their camera body since the lens appears to be falling off of the adapter ring but don’t let this mislead you. Shifting characteristics of the adapters and lenses themselves can be “quite exaggerated” for full correction of the scene your are photographing.

In conclusion, if you are interested in experimenting with shift lens optics, seek out rental outlets initially. This is a specialty lens. Perhaps you may have a difficult time obtaining one but nevertheless, it would make for a very pleasant outing in your continuing education of learning the creative aspects of photography. In Ottawa, Vistek indicates they have this lens as a rental for $40. per day. It is not as wide as I would prefer however, it will provide you with a good introduction to this form of image development.

*I trust this information has been beneficial to you and should you elect to do a daily rental and explore a new avenue in your photography, have fun with it!