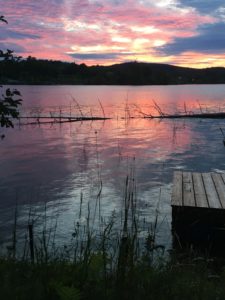 An invitation of last year was extended to me regarding a visit to a friends cottage and it’s surrounding areas. Realizing where they are situated meant I would pack my camera equipment should I have the opportunity to explore their environment on my own after the initial hello’s were completed. If the opportunity is presented to you, frequent visits to familiar properties or otherwise can benefit a person of visual arts greatly due to the fact that nature is constantly changing. 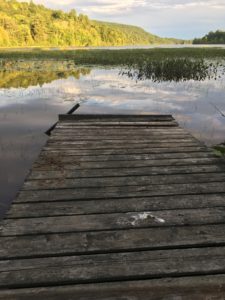 In this region, much “visually” had been altered since my previous visit from a photographic viewpoint. The colour of the landscape itself represented altered shades of green from my previous visit, and the angle of light had  dramatically resituated itself in comparison to an early view I experienced. The first two images in this article indicate the importance of examining your surroundings carefully and being willing to invest a certain amount of time in various areas. Both images were created approximately 100 feet from each other, and the differences that each represent is noticeable. No filtration or computer manipulation was used in the sunset image, only careful adjustment of the exposure settings on my camera at the time the image was created.

The following abstract image of the reeds is an excellent study open to everyone seeking the characteristics of design. The vertical lines were placed as carefully as possible in the viewfinder to orchestrate a balanced sense of order within the frame. The horizontal/slightly oblique piece of wood acted as my anchor mimicked by the smaller horizontal piece situated above it, and the camera was given a slight overexposure to retain the delicacy of the clouds reflecting off the water. 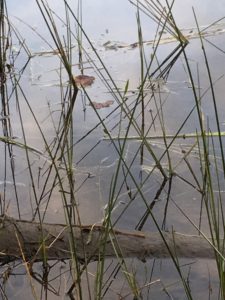 I walked through this region for approximately an hours time….then made a few images and elected to return as the day was beginning to close. In a general sense, an hour or so prior to the sun setting is a true lesson in artistic design which serious students should accommodate in their agenda. The colour of light and it’s typical daytime harshness seemingly begins to dismiss itself from one’s side, and a new companion is introduced entertaining new shapes and often intriguing dimensions of noteworthy proportions.  The following two images created from the same vantage point indicate that different moods can be created by composing either vertically or horizontally.  The vertical image commands more strength and notice ability as opposed to it’s landscape version suggesting a more tranquil, relaxed state of mind. Both interpretations should be considered during image creation. 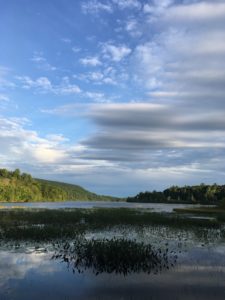 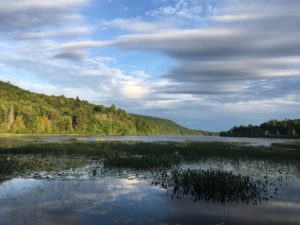 Many images of the area became enhanced with the changed angle and colour of light which did not reveal itself to me previously. At times, one can get lost into an unrecognized mental realm transporting a mind elsewhere when examining light as it bounces off the surface of water in particular. I continued moving through a wooded area, then down to the shoreline constantly making mental images of pre-visualization prior to clicking the shutter on my camera. The lights intensity strengthened itself at times due to cloud arrangements shifting tonalities. Having my camera set to “manual” on a regular basis meant interpreting exposures with a greater level of success in comparison to automatic products that could not deliver this consistency. Altering the exposure settings frequently from what the camera indicated to be “correct” during this photo session produced a variety of densities and wide spread tonalities saturating and desaturating the image further with enhanced hues.  The following two images represent three and four images in one being the circular lily pads, the open sky reflections and finally the accompanied hillside. The additional image includes the area of the dock, water, hills and sky. Each of these individual areas can present a multitude of image creations but when organized together, bring additional sections of visual motifs for viewers to explore. 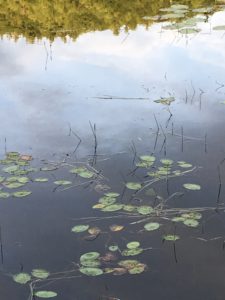 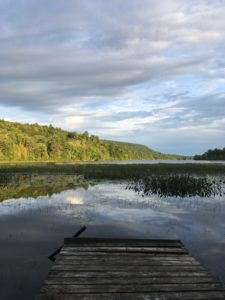 I had to work quickly as the sun was concluding it’s daily display, creating a few more images before it slid out of view until it’s reappearance at the dawn of tomorrow. I have included a few images from this session for you the reader to view for the purpose of encouraging people to slow down in life and give yourself permission to be still, even for a couple of hours at a time and alone. One can hardly be capable of concentrated thought and/or levels of interpretation when accompanied with a group of others. It can be a special period of time allocated  for yourself as a way of redefining many of your life’s goals, hopefully in a subdued non competitive manner. Artists from many generations have subscribed to a compulsory method of examining in detail their surroundings prior to painting a canvas or creating an image of photographic proportions. 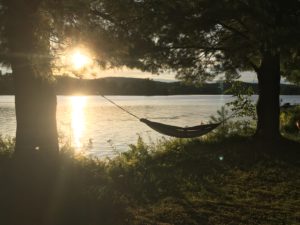 The next time you are out, begin to examine your environment differently not accepting labels of objects so quickly. I often go through a process of thought asking questions such as what level of importance does the item I wish to photograph have in this region; what lens would best represent it; what would be the best time of day to photograph it depending upon the angle and “colour” of light because the colour of the light is always changing as each season introduces itself. Ask many questions pertaining to design and structure and this process will cause a strengthening of order by deleting unsupported material in your image.  The imagery included in this article was created with my digital camera but that really means very little in a practical sense since similar imagery, if not better, could have easily been produced with my film photography products as well. 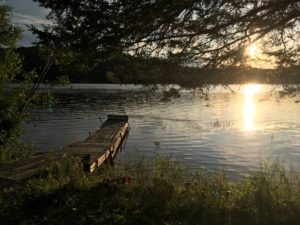 A concluding thought for this blog/article would be to not accept things literally in a visual capacity. Use your camera as an instrument of visual design acting as a companion to the landscapes before you. Often said, some of the greatest imagery I have created has been within the proximity of my own home/city acting like friends from long established relationships, demonstrating frequent levels of dependability and trust. Faith, in it’s endless perpetuity, cannot be diminished or subdued in one’s task of seeking excellence in oneself from an artistic interpretation.

In my mind, the following photograph represents our fleeting existence on Earth meaning, the individual I once knew who accompanied this bench is no longer with us and it now sits empty. It remains idle at this time until new hope, new life, and new friends accompany it. 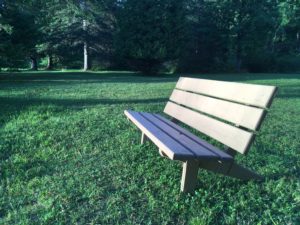